A date for the Arable Farmers diary

This restrictions means growers planting oilseed rape from autumn 2014 will have to do so without the use of Neonicotinoid seed treatments.  Neonicotinoid seed treatments have been used increasingly since their introduction to protect the oilseed rape crop during their first 6-8 weeks from flea beetles including Cabbage stem flea beetle (CSFB) and aphids which spread turnip yellows virus (TuYV).

To protect crops against CSFB damage, growers are advised to monitor crops closely after establishment.  Due to concerns around over-use of pyrethroids leading to resistance developing, the option of applying a pyrethroid exists only if thresholds are exceeded.
Thresholds are: 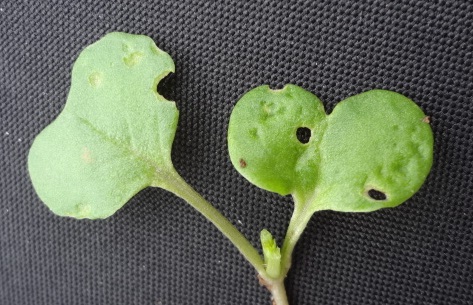 A healthy, well grown winter wheat crop will be ready for cutting as whole crop silage soon. Typically 30 tonnes per hectare of fresh whole crop silage at 40% dry matter could be harvested for feeding. Used as a partial replacement of grass silage it can increase overall cow dry matter intake this winter.

Walk your crops to assess readiness for cutting by stripping the grain from a number of ears and squeezing the grain between your fingers. When the grain texture has passed the sticky “brie cheese” stage and the grain is like a drier “soft cheddar” the crop is ready for cutting (approx. 40% DM). Standing crops are now at various stages of maturity: -
Crops that received a comprehensive spray programme remain green with the ears starting to turn yellow. On inspection the grain texture is not completely “soft cheddar” but also produces some “soft brie”. The % dry matter of these crops is in the low 30’s. These crops will require further inspection but are probably not more than 7 days from harvest.
Crops that showed some disease are now at the correct stage and increasing in dry matter. With potential “drying rates” up to 2 ½ units of dry matter daily, there is a limited harvest window. If dry matters exceed 45%, the crop should be harvested with equipment that incorporates a mill unit.
Harvesting and silo management will have an effect on the fermented silage 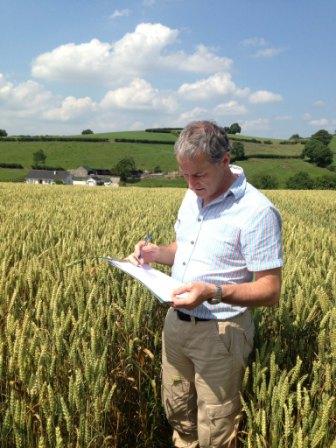 A number of suspected occurrences of blackgrass have been reported locally in recent weeks.  Weed seed heads are now easily visible as they emerge above the wheat crop canopy.

Whilst there are naturally occurring populations of blackgrass in Northern Ireland the concern is that single plants spotted in crops of winter wheat may already be resistant if it has been introduced from the main arable areas of England.  Blackgrass has become a major problem for growers in East Anglia due to the predominance of winter cropping in arable rotations.  Repeatedly using herbicides with the same modes of actions to control the weed in the same crops year on year have led to herbicide resistance developing.  This combined with exclusive use of minimum tillage cultivation practices and a reduced herbicide armoury has put affected growers at a severe economic disadvantage.
The volume of trade from East Anglia mean it is unlikely this is the first time blackgrass has found its way to Northern Ireland.  Small hard to detect Blackgrass seed could have inadvertently been imported to Northern Ireland from infested regions through a number of routes including straw, second hand machinery or even certified seed, which does not have a zero tolerance to blackgrass seed.  The likely reasons the weed has not yet become a problem locally is the differences in cropping and cultivation practices. 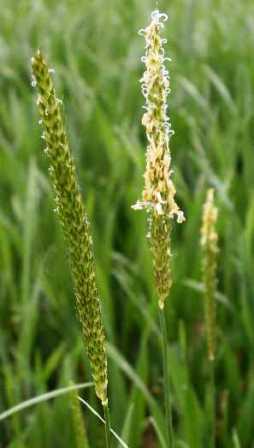 As highlighted in the attached HGCA guide “Blackgrass solutions to the problem” (see below), three of the most effective methods of controlling blackgrass populations are rotational ploughing, having a balanced rotation including spring cropping and a grass ley break in the rotation.  As these are common practice in Northern Ireland the weed will have difficulty proliferating on most local farms.  Growers at higher risk of a problem developing are those sowing exclusively winter crops and not ploughing.

If growers are concerned Blackgrass may have had a possible route on to their farms they are advised to walk wheat crops now to identify any unfamiliar grass weeds.  If blackgrass is present the best advice is to hand rogue.  Hand rogueing is feasible at low weed populations and is particularly recommended in fields where blackgrass is only just starting to appear.  Due to our more northerly location blackgrass seed development is further behind England.  Therefore if plants are removed now, seed will not have fully developed nor had the chance to shed yet.  For assistance identifying Blackgrass see The Encyclopaedia of Arable Weeds (external website)

A recent series of meetings supported by the HGCA and hosted by CAFRE crops advisors welcomed Jonathan Blake, Senior Research Scientist, ADAS to update growers on changes in fungicide performance against the common cereal diseases in Northern Ireland. Jonathan gave in depth analysis of Fungicide efficacy in wheat, barley and oilseed rape. This was complimented by an update on new products and a review of changes in efficacy of existing active ingredients. In conclusion Jonathan drew from his extensive research findings some practical pointers on design of fungicide programmes to prevent yield loss due to disease. Thanks go to the HGCA for supporting this event.

Fungacide activity and performance in wheat and barley