The Northern Ireland Countryside Survey (NI Countryside Survey) is a statistically robust sample of the NI Countryside. It assesses the area, distribution and species composition of land cover and habitat types and provides reliable estimates of how they change over time.This is accomplished by surveying a randomly stratified selection of quarter kilometre squares; the location of which are kept confidential to maintain the scientific integrity of the survey methodology. 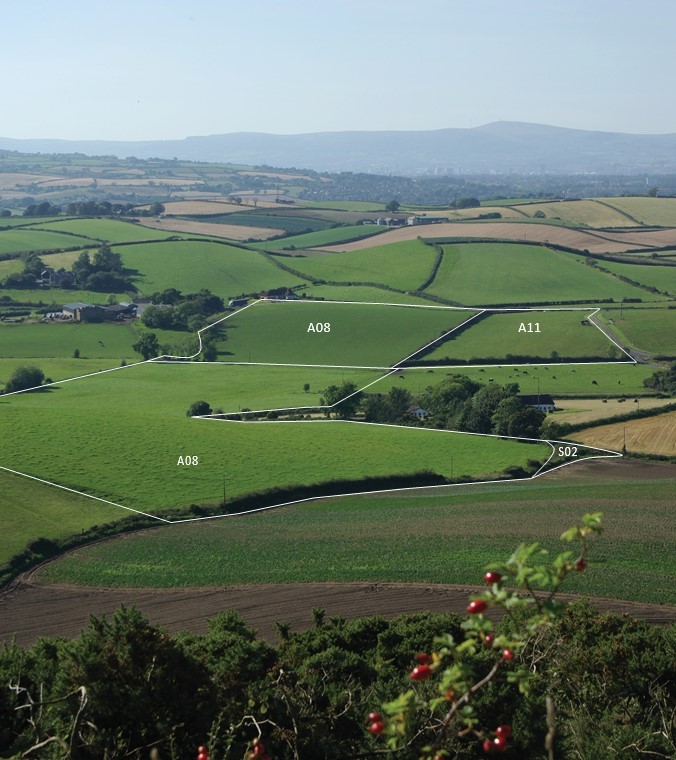 Results provide a consistent basis for analysis of the effects of countryside, agricultural and other policies, pressures or drivers of change upon the fabric of the Northern Ireland countryside. Habitat changes are tracked using repeat surveys.

How was NI Countryside Survey carried out?

The NI Countryside Survey is based on the NI land classification – a multivariate classification of 1km squares which are grouped together into 23 land classes on the basis of climate, elevation, topography, vegetation, hydrology, geology, soils and settlement patterns.

A stratified random sample of these 23 land classes were selected for field survey, so that it is representative of the full range of landscape variation in NI. This sample is comprised of 628 quarter km squares and represents 1.1% of the NI land area.

This is a statistically robust representative sample of NI, so it can be used to extrapolate habitat extent at a NI scale using complex algorithms. The same squares are monitored using the same methodology, therefore changes in habitat extent and condition can be calculated at a NI scale.

To assess change at a regional NI scale, field mapping was carried out using Primary Habitat classification, defined by vegetation structure and species composition. The Primary Habitats (and field boundary types) recorded were aggregated into more general Broad Habitats. Broad habitats represent a classification of the terrestrial environment developed for the UK Biodiversity Action Plan, and allow for habitat comparison within the United Kingdom.

In the NI Countryside Survey, changes are presented at the Primary Habitat level as well as Broad Habitat level. Whilst Broad Habitat reporting is a useful classification of habitats for reporting purposes, more detailed exploration of the results is possible using the Primary Habitat information, which is a habitat classification which unique to NI Countryside Survey.