The basking shark is the largest shark in UK waters and the second largest fish in the world, with adults typically reaching 7.9m in length. These filter feeding sharks may be seen individually, in small groups, or in large schools. They are frequently observed in coastal waters during summer and autumn months but less commonly strand on the shore; as they cannot breathe on land they will most likely be dead if found stranded.

Of the seven marine turtle species, five have been recorded in the UK. Leatherback turtles migrate to the UK to feed on jellyfish while the other four species (loggerhead, Kemp’s ridley, green and hawksbill turtles) usually occur as stray juveniles carried by currents from warmer seas. 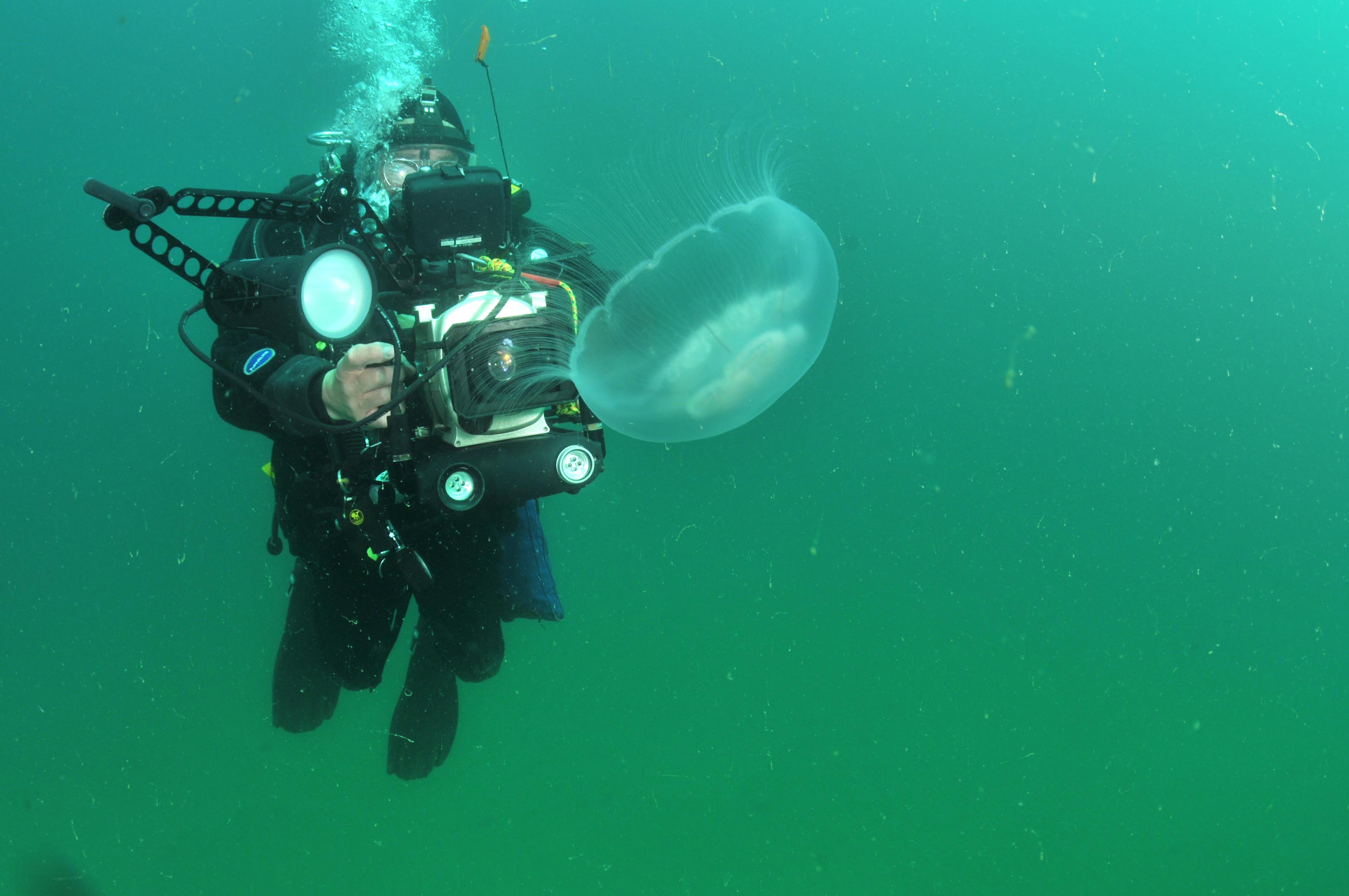 DAERA diver taking a photo of a moon jellyfish
There are five native jellyfish species which inhabit the waters around the UK: Moon, Compass, Lion’s mane, Barrel and Blue. The Portuguese Man O’War and By-the-wind-sailor, are not true jellyfish but are closely related to the jellyfish family and occasionally appear in waters off the coast. Larger numbers of jellyfish are often observed during late the spring/early summer months in response to inshore plankton blooms. Their numbers are considered to be increasing as they benefit from warming waters associated with climate change and a reduction in predators and competitors as a result of fishing. Generally, large numbers of jellyfish washed up on beaches are due to strong currents or storm events. These should be avoided as some species may still sting even when dead.

Please note the DAERA Marine Wildlife Team are unable to respond to out of hours calls.